Catastrophe Strikes! Will it Destroy You or Forge You Stronger Than Ever?

In this season of restoral and renewal, Christians focus on Jesus’ resurrection. But whether you’re Christian or not, Easter has an important lesson: even our darkest moments can become building blocks for a bright future.

Years ago, I went through a horrible period of depression and anxiety. Without recounting the details of how and why it happened, let me assure you: it was awful. I‘ve gone through similar episodes since as well as other hardships. That period, though, stands out, an ink-black blot on the timeline of my life.

I lost five pounds the first week without trying. I couldn’t eat. I couldn’t focus. I contemplated suicide. I slept and slept, my mind unable to deal with the racing thoughts and overwhelming sense of darkness surrounding me.

The episode lasted almost two years. Yes, I got professional help for it. But I dread the thought of ever going through anything like it again.

Easter’s approach makes me reflect. Fraught experiences like mine, and much worse, leave their marks on us, changing us forever. But not all of those changes are bad. Easter reminds everyone, Christian or not: what can seem in the moment like the worst thing ever, in retrospect, may have been what led to the best thing ever.

Kintsugi—the Art of Making the Broken into Beauty

Ever heard of Kintsugi? It’s an art form in Japan. The artist takes something broken, say a vase, and he put it back together. But instead of glue, he uses gold. Anyone can fix a broken item. But an artist does more. An artist makes the broken thing more beautiful—and more valuable—than before.

This season of Easter teaches the same lesson.

Don’t get me wrong, I’m the last person who wants to propagate a message of toxic positivity. Some situations cause irreparable damage. Some kill. Sometimes you end up with scars or disabilities that cause you pain. They may interfere with your well-being for the rest of your life.

My message today is NOT about silver linings or looking on the bright side. Nor do I have any desire to reinforce the “Everything happens for a reason,” platitude.

(Unless of course, we’re saying that the reason is that

So what is my message today? My message is what we see as a catastrophe can become the foundation for something solid and strong in our lives—even something beautiful.

For those who may not know, let’s look at what the story of Easter is and what it can tell us, whether or not we are Christians.

One of Christianity’s core beliefs is that Jesus died during the Jewish festival of Passover about two thousand years ago. He didn’t just die. The Roman government of Palestine at the time punished him as a common criminal by crucifying him. Without going into all the details, crucifixion was an agonizing way to die. And the problem with Jesus dying like that was that he didn’t deserve it—he stood falsely accused of wrongdoing in a kangaroo court headed by a weak governor who sent him to death to get some troublesome citizens off his back.

Watching anyone die such a horrible death under such unfair circumstances would disturb anyone. But for Jesus’ followers at the time, the trauma went far deeper. To them, he was the long-prophesied Messiah. Like King Arthur out of legend, they expected him to rescue his subjects from their oppression, disease, and poverty.

Put yourself in their place: you’ve watched this guy heal people. He’s given blind people their sight back, lame people back their ability to walk. He’s cured what today people might view as severe mental illness. He’s commanded the elements of nature. He’s even brought people back to life!

You watch as no witness comes forward to refute the ridiculous charges against him. No sympathetic soldier gets him out of a severe beating or even softens the blows. No last-minute injunction stops the crucifixion. And no miracle from Heaven dazzles the crowd and takes him off the cross.

No, you watch the person you believe is divine and immortal die. How could your God die?

From Trauma to Hope

Can you imagine the trauma to Jesus’ disciples? What a catastrophe!

Three days later, according to the gospel accounts in the Bible, Jesus came to life again. And he didn’t just come back to life. Because he died and lived again, he could now promise the same to all who believed in Him.

How? Well, according to Christian belief, Jesus had to die. Because although God loves all humanity, he also hates wrongdoing. Of course, no one can live a life 100% free of wrongdoing, no matter how hard she tries. Yet because God is also perfectly fair as well as perfectly loving, wrongdoing must be punished.

So to satisfy God’s fairness, Jesus, who was divine, perfect, came to Earth in human form. He paid for everyone’s wrongdoing by dying. That way, anyone who believes in Jesus does not have to face punishment from God in the afterlife.

Then he came back to life to show that he has the power over death. People who believe in him no longer have to fear death, for physical death ushers them into eternal bliss. 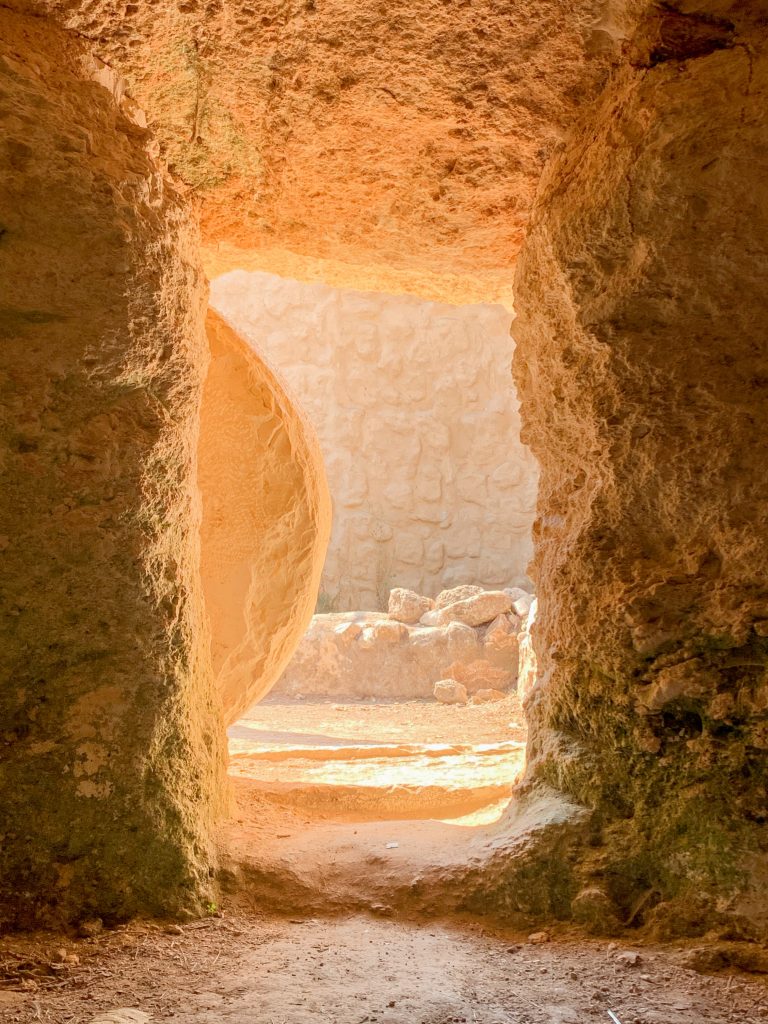 And to this day, that is what Jesus’ followers celebrate at Easter. In other words, what they viewed at first as the worst possible disaster turned into their biggest blessing and source of hope.

The Lesson of Hope

Theology class now over, let’s discuss what we can learn from the Easter story.

The story of Easter exemplifies what nature teaches over and over.

We know all these things. As I said, most of us have experienced them.

Today, I look back at that dark period of anxiety and depression in my life. Let me reiterate: I never want to go through that or anything like that again. But I know that I would not be the person I am had I not gone through it. I would not be able to offer the experienced voice of hope and comfort to others who are going through similar ordeals. I would not have the strength, patience, and hope in tough times.

I also want to make clear that I could not become who I am without help. Licensed professionals and safe people in my personal life have helped me reforge my broken pieces into something better.

The trick is when we get stuck in the tight spot or a tragedy. Do we have the mind of an artist? Can we find ways to use the ugliness, the horror, the pain we experience to create something strong and exquisite?

So this week, while chocolate bunnies, colored eggs, and lilies fill the grocery stores, take some time to reflect: who are you? How has tragedy in your life made you a better or stronger person?